The north-south divide is at its widest on record as soaring property prices in London means a home in the capital costs more than double than a house in the regions, according to official figures.

Data from the Office for National Statistics (ONS) reveals that property prices in London shot up 20.1pc in the 12 months to May to £492,000, compared with a rise of 7.3pc across the rest of Britain.

According to the ONS, the average price of a house in London is now 2.2 times that of a regional home for the first time.

This beats the record set in 2008 when the average price of a London home was 1.75 times that of those in the rest of the UK.

While a Nationwide house price index in April showed that the gap was at its widest in 40 years, the figures used were far narrower – they only cover their own home loans – compared to the Government’s data which includes all homes.

The annual increase for house prices across the UK is the strongest since May 2010 but for London it is the sharpest since records began in 2002.

“The UK property market has benefited from returning confidence, a quietening of the eurozone crisis, rising GDP and a healthier jobs market,” said Will Zimmern, economist at PwC. “However London has the extra elements of foreign money [buying in prime central London] and supply constraints driving up prices to record levels.”

Prices rose by 9.6pc in the South East and 8.6pc in the East, the figures showed. Outside London and the South East, annual price increases averaged 6.4pc, the highest rate since June 2010.

A cooling of demand for mortgage credit in the past two months has been put down to new rules, under the Mortgage Market Review (MMR), that require lenders to make more rigorous checks before issuing loans. But this trend has not been reflected in the ONS figures.

The fresh surge in values will stoke fears of a property bubble. The figures also come amid growing concern that interest rates, frozen at 0.5pc for more than five years, may need to rise within months.

“These figures [London house prices] are extraordinary for a city average,” said Adam Challis, head of residential research for JLL. “We need to see a robust Government response on the supply programme as current prices are a deterrant to international businesses settling in London which is fast become one of the most expensive cities for employees.” 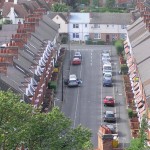