Less people than ever believe the next year is a good time to buy, with Londoners feeling the worst

Over inflated prices and a potential increase in interest rates drives confidence in the housing market to fall to its lowest level in at least three years.

According to Halifax’s quarterly Housing Market Confidence tracker, the net balance of people across the country, who believe that next year will be a good time to buy a home has plunged to 5pc from 34pc in the end of the first three months of the year.

The figure represents the difference between the proportions of those surveyed who are positive about buying in the next 12 months and proportion who think it will be a bad time for buyers.

Furthermore, Halifax stated there has been a sharp rise in people who say rising prices are a barrier to buying. Some 35pc expressed concern compared with 20pc this time last year. Concerns about rising interest rates are also on the rise, with 18pc of people indicating to the possibility of action by the Bank of England as the recovery continues as a factor, up from 13pc last year.

Although feelings about buying a home are at their most negative point since the survey began in 2011, confidence that the coming months are a good time to sell a property are at their highest.

A net balance of 25pc of people positively believes that the next 12 months are a good time to sell a property rather than a bad time.

Craig McKinlay, mortgages director at Halifax, said: “Over the past two years consumer confidence has continued to grow, however it appears that we’ve reached a tipping point, with the equilibrium between buyers and sellers much more out of sync.”

“People believe that it’s a good time to sell but not buy, particularly in London and the South East where house price expectations are generally higher and buyers appear to be less inclined to rush into buying a property as we have seen over the past 12 months.”

Earlier this month, the property analyst Hometrack said the number of new potential buyers registering with estate agents starting to fall. It stated, London in particular is showing signs of a rapid cool down.

Lost your house keys? Why don’t you 3D print another?! 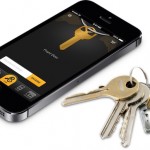 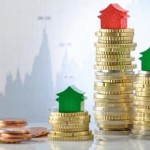